“Jonathan Seagull discovered that boredom and fear and anger are the reasons that a gull’s life is so short, and with these gone from his thought, he lived a long fine life indeed.”   ― Richard Bach, Jonathan Livingston Seagull

Looking back on 2016, we can all probably say it was a bad year, and it was a good year. It was the best of times, the worst of times. Based on perspective. Remove what we see as bad, and even the good is diminished. The good is a little dimmer when there's nothing for comparison.

Boredom. It's our own doing. Harder to be bored in this modern age, with the electronic devices to occupy our time. But even that can become boring. We've all reached the end of the internet at some point, it seems. I know there are days when I feel there's nothing to do but sleep. And of course, that's hard to do sometimes. Boredom steals so much time from our lives. We have to work hard to avoid it, to win back those wasted hours.

Fear. The mind killer, as Frank Herbert correctly wrote. When we are afraid, when we cower inside our own mind rather than face what scares us, we are giving up precious time. Time we can't regain, since its forward movement means we're watching ourselves in the rearview mirror. Stand tall, stand strong, even when you don't feel like you are: it's the only way to earn more of those precious moments you'd otherwise miss.

Anger. The absolute worst. Nothing is more pointless than being angry. You can't change anything, or anyone. You can only resolve not to let it consume you, and keep moving. Being mad solves nothing, it only hurts you further. Sometimes the answer is to move on without the source being in your life,  other times you have to just punch a wall and deal with the broken hand. Nut you have to push past it, unless you want to endlessly tread that lukewarm water.

If you can keep things in perspective, and accept that you are the one controls your destiny.  A long fine life, indeed.

Posted by ProudinNC at 4:45 PM No comments:

Celebrity deaths have certainly marked 2016. I hope their lives were as full of the joy they gave their fans. I don't really believe most celebrities are very happy people. The abundance of drug and alcohol abuse, perverted behaviours, multiple relationships, suicide: not signs of happiness. Hard to know if choosing to pursue fame and fortune was the cause or the effect.

I never actually believed all the crappy things reported about Michael Jackson. I saw him as a kid that never got to be a kid because of the fame. His antics onstage, the plastic surgeries, the masks: all things to hide who he might really be. A forever kid, like the Peter Pan character he portrayed and loved. And who could blame him for being "strange" - can you imagine being stalked every moment of your life? That would make someone quite batty, and create a less than happy life.

Robin Williams was another who hid who he was inside, and the struggles with mental illness never improved. He suffered in silence, like many, in spite of his fame opening up resources that aren't available to many. Nothing good happens when the demons are only bound and gagged, instead of being silenced forever.

Fame and fortune, things many of us wish for but can't know how our lives would really work out in the end. Those "bad things" along the way aren't avoided just because of celebrity and wealth. Would most people trade one for the other? Life is never tit for tat.

It certainly doesn't seem an even exchange, but isn't that life better than one where NOTHING happens? A boring existence: meager success, limited mobility in social and economic circles. Just the bare essentials. Life in the trenches. nose to the grist stone. Day running into night, back into day.

Maybe the neon lights aren't for all of us, but escaping the drudgery has its attractions. Would you trade the eternity of nothings for the bright trappings of fame? I'm pretty sure I don't want to grace the glossy covers of the newsstand, but I know there's more to life than sitting on the bench.

Posted by ProudinNC at 6:37 PM No comments:

“You will begin to touch heaven, Jonathan, in the moment that you touch perfect speed. And that isn’t flying a thousand miles an hour, or a million, or flying at the speed of light. Because any number is a limit, and perfection doesn’t have limits. Perfect speed, my son, is being there.” ― Richard Bach, Jonathan Livingston Seagull

Perfection doesn't have limits. If we could only remember that when it mattered. It's about being there. Skin in the game, living in the moment, ALL IN. Perfection.

No, not perfect. Rarely is anything perfect. Perfection is different than being perfect. Honey, you ain't Jesus: you ain't fooling nobody. You won't be perfect, but you can find perfection.

There's always some dust in the corners of every relationship, something hiding under the bed that everyone ignores like it never happened, or won't happen again. Raised voices or fists, a drunken night with a stranger, the whispered phone call that felt like betrayal. Hell, even just leaving dirty socks every. damn. day. or sloppy housekeeping, we all have our pressure points. We give, we take, we give some more. Funny, both partners think they give the most, eh?

We set limits on what we can accept: the last straws, one more time and we're out of here. And with those limits, we bind ourselves. But do we really keep with our pledge? Do we walk away so freely? Do we give up when we've reached that point of no return? No, not usually. And by that, we release the limitations, and continue our search for.... perfection.

Everyone just has to understand that from the beginning. Then those limitations/expectations aren't so hard to grasp.

Posted by ProudinNC at 5:54 PM No comments:

“Can miles truly separate you from friends... If you want to be with someone you love, aren't you already there?” ― Richard Bach, One.

Lots of thoughts around the holidays, including those about ones we aren't physically close to but wish we were. Makes me think the quote is truer than we know.

Physical distance is somewhat overrated. I have married friends who live 500 miles apart and see each other every other weekend, which is spent running around visiting other family members. I have friends who are long distance truckers and see their families a few days a month. What works for them might not work for everyone, but who are we to say it's not enough?

We crave that physical bond. Reaching across the table to hold hands, snuggling on the couch. No doubt it improves relationships, but there's also the flip side: too much contact. I've written about this before. Sometimes it renders the touch almost meaningless. Routine. Boring. And yes, the dreaded "taken for granted." Absence of some sort does make the heart grow fonder.

I deal with physical distance from those I love daily. Doesn't make me love them less, makes the time we share even more special. Some of my dearest friends are people I may never meet in person. A few I have only met once, and may never again. I don't doubt you can be totally committed to someone from a distance: I feel the pull daily. Always there, on the edge of things, wondering if they're thinking about me while I'm thinking about them. I'd drop my life in a hot minute if the chance to be together arises, but what I feel is enough to keep me going.

But you know, being ALL IN helps with that kind of thing.


Posted by ProudinNC at 6:38 PM No comments: 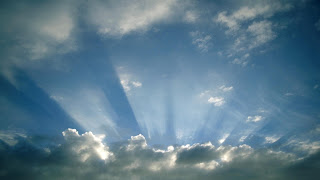 “Oh, the different consciousness between the grieving and the dying! One sees midnight, the other joyful sunrise. One sees death, the other Life as never before.”  - Richard Bach, Illusions II: The Adventures of a Reluctant Student


Trying to find a positive message about death isn't easy. Even for the faithful, we struggle with loss. Knowing a life without pain, without sadness is ahead holds little comfort for the grieving. I can't imagine what someone without faith must go through, having nothing at all to counterbalance the weight.

I have thought about such things, more than once. Does the atheist, with his last breath, find that which eluded him in life, and surrender his soul to the Almighty and gain redemption? Does the atheist, uncertain right to the end, open his heart and mind to the miracle and accept their mortality with an eye to the hereafter? I have no idea. But I pray that those I count as friends find what they are searching for, and that we share a laugh over a cold drink in the finest bar in Heaven. Sure, there's a bar in Heaven. And dogs and cats. And a chocolate fountain. Free. It's my Heaven, so there. Drop by sometime, someday.

Back to the positive message, now.... yep, I'm having some trouble finding a consistent one for this subject. Seems death and loss provide many questions without answers. Clear ones, anyway.

I guess that's what faith is all about. Plodding ahead with life every day, with the belief that no matter what happens and where we rest our head that night, we'll be where we belong. Safe in the arms of those we love, here on Earth or in Heaven. If you thouht about it very much, you'd probably scare yourself out of.... living. There'd be "Danger, Will Robinson" alerts going off in our heads constantly, trying to stay safe.

But in our hearts, we know there's no such thing as safe. We are born to die. And to live again. Without those burdens, without that pain. And then we won't need any answers, because we'll be truly free. The answers won't matter anymore.

In no particular order, some random things from the past few days....

i dream of you, and us.
what might have been.
what may still be.
stuck in the now.
heart racing.
what are you waiting for,
while i wait for you?

I see your picture, and smile. I remember.


You know I do. I think I always have. But timings a bitch...


Posted by ProudinNC at 7:26 PM No comments: 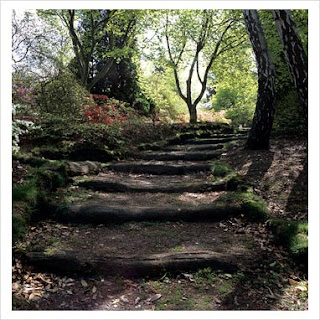 “There are no mistakes. The events we bring upon ourselves, no matter how unpleasant, are necessary in order to learn what we need to learn; whatever steps we take, they're necessary to reach the places we've chosen to go....”  Richard Bach, One.

If we only knew that at the beginning.... the road less traveled, the easy path, the escalator. We'd probably all think a little harder about what we do before we act, if we knew how far-reaching the outcome would be.

Fall off the monkey bars when you're ten. Broken arm, still gives you trouble in winter when you're fifty. Enemies with the geeky kid in high school? Next thing you know, you're thirty and he's interviewing you for a job you really need. That guy you dumped right before prom? He's your loan officer. Simple decisions in life, yet they affect you later. You only hope others are adult and move on. Otherwise.... there's trouble.

But trouble keeps you hustling. Making new decisions after something goes wrong, that's what keeps us young. And stressed. I try to have plans A, B, C, and D. Hasn't worked out well sometimes, but having plans reduces the stress. You can recover to that next plan easier than having to pull one out of thin air. And keep stepping....


Posted by ProudinNC at 6:23 PM No comments: