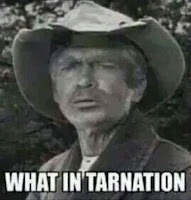 “Remember where you came from, where you're going, and why you created this mess you got yourself into in the first place.” ― Richard Bach, Illusions

We've all had moments of realization. When you think to yourself what a fine how-do-you-do you've gotten yourself into. Again.

We already know the answers to the questions, since we're the ones that thought them up. Usually in the middle of the night, and they keep us from sleeping. We toss and turn as possible outcomes scroll through our tired brains. Whatever we did that sent us searching, we've done it to ourselves.

Most of our problems that we seek answers to are created innocently enough: spending a little more than we should, having that extra drink, staying up too late, slacking at work. We should be smart enough to know better, but hey - still human. We do these things for crazy reasons, one of which is to show everyone that we're in charge. But then.... we're not. We let them slide: no biggie, we got this. Until we don't.

We know not to let them pile up. They're not dust bunnies under the spare bed. They're living, breathing issues that multiply exponentially. And they reproduce like real rabbits. And then.... we're drowning in fuzzy things that poop. A lot. Then, it's game on.

We can't keep from creating our own nightmares. The potential for small things to go wrong is wide open. All we can do is mitigate the damage by handling them as they happen. Don't compound the damage by putting all your rabbits in one hutch, so to speak. That poop ain't gonna clean itself up.

Posted by ProudinNC at 8:21 PM No comments:


"There are grand rewards for those who pick the high hard roads, but those rewards are hidden by years.”      Richard Bach, One

You know that feeling: when you've busted your ass and still can't get ahead. When you've done all you think you can do, and come up short. When you're at the end of your rope, and it's still not good enough.

If you've learned anything from me (please say yes,) you know you're stronger than that. And smarter. You know we don't quit, ever. Even when people tell us we can't win. We hold our heads up, set our gaze on the prize, and keep moving.

That's why we wear out our shoes. Why we still have a flip phone. Why the last concert we went to was a decade ago.

None of that matters.

Having a safe home where your family plays Uno on Fridays nights matters. Watching your child exceed even their own expectations matters. Hearing a family friend tell someone what a great parent you are.

We may not have all the things we want exactly when we want them, but they show up when we need them. And it's never too late. Rewards delayed are sometimes the sweetest.

Posted by ProudinNC at 8:25 PM No comments:


“The only obligation we have in any lifetime is to be true to ourselves."     Richard
Bach, Illusions.

I'd like to say my lengthy sabbatical has been because I was having the time of my life, and was so busy I hadn't the chance to blog. But that'd be bullshit. I thought it was because I was being lazy because I thought I was out of things to say, feeling like I was repeating myself. That's be bullshit as well. Truth is, I don't really have an answer, or even an excuse. I just.... stopped. Not sure why, I just... stopped.
Why am I starting again? Not sure about that either. Maybe to get my cousin Cindyloo and friend April to quit bugging me, but they aren't THAT aggravating. Mostly, I think, is I get a thought in my head, turn it  over and over a few times, and something pops out. And I reckon this one took a while. A really long while. But, here we go....

Obligation. The weight of the world, placed upon our shoulders, by..... ourselves. Nobody makes you do things.

You are free to say "no" when you really don't want to do something. There will be consequences, but you can.

You'll get fired for saying "no" too often at work. You'll be sleeping in the garage by saying "no" to the spouse enough times. You'll be walking if you don't agree with that bell telling you the car is almost out of gas.

You're not required to change your plans when a friend asks you to help them move: but if you miss the chance to rescue her from a bad situation, you'll feel responsible when you see the bruises . You don't have to take care of that sick relative: but you'll wish you'd done more when you stand at their graveside. You are free to turn down that date with someone you barely know: but you might wonder "what if" when you see their wedding announcement next year. You don't need to make time for lunch with an old friend far away, but you'll regret it forever when you're reading their obituary.

For one thing, you wouldn't feel so shitty about all that stuff today. The line between obligation and regret is thin.

Welcome back inside my head, friends. It's dark and kinda scary sometimes, but everything good begins with that next step.


Posted by ProudinNC at 3:14 PM No comments: